ELLINT is proud to announce the news that two of our colleagues from
Altenburg have been named amongst the best employment lawyers in Germany.

Stephan Altenburg and Charlotte Beck, from Altenburg‘s Munich and Berlin offices respectively, have made the list of “Germany’s best employment lawyers” produced by Wirtschaftswoche, the leading business magazine in Germany.

The list includes a total of 54 law firms and 85 lawyers. This is a very exclusive selection in view of there being around 148,000 lawyers who are admitted to practise in Germany. We are very proud that this rare accolade has been granted to two ELLINT lawyers! 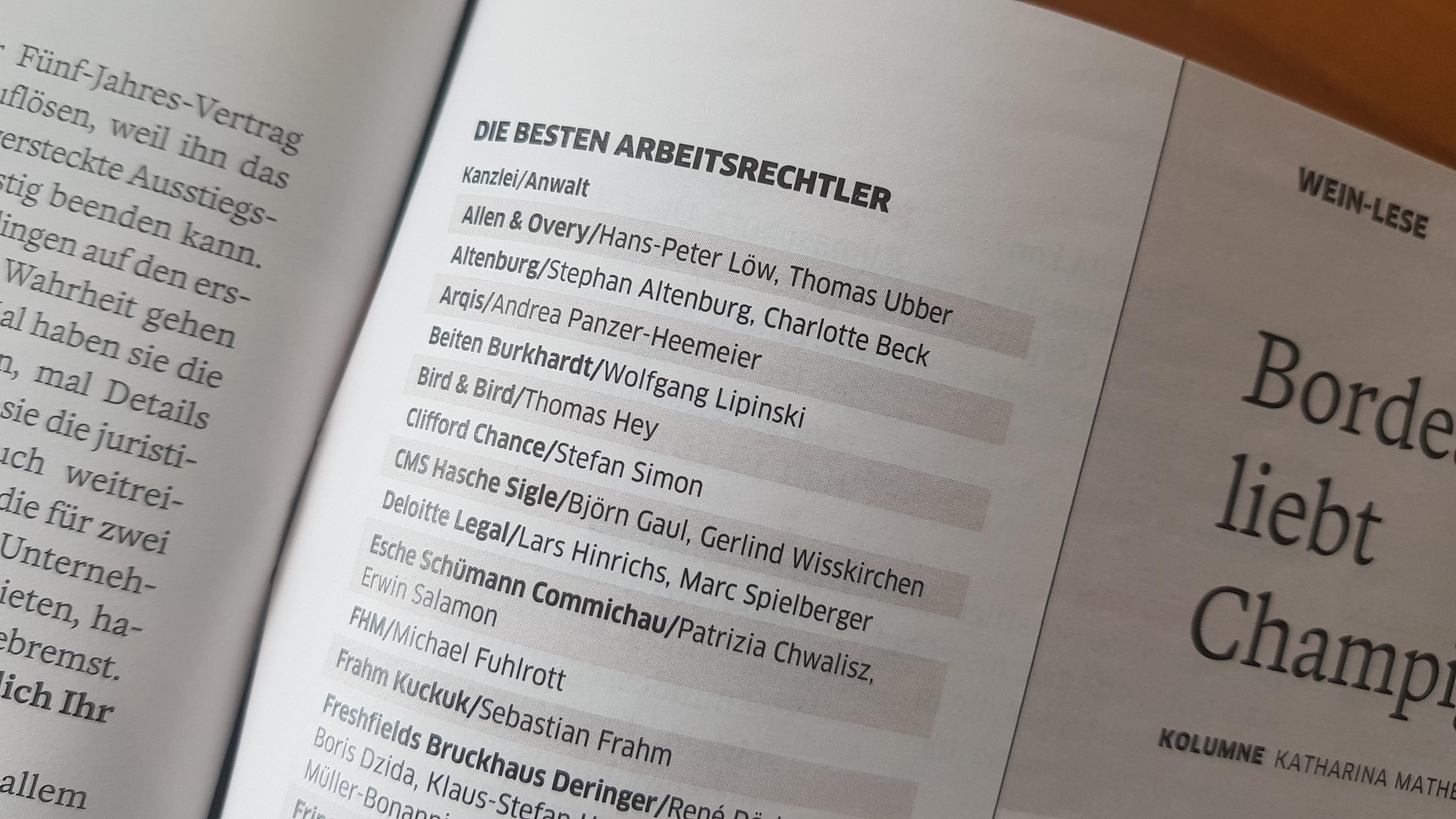