Future statutory claims cannot be settled by a settlement agreement

The Employment Appeal Tribunal has ruled that a settlement agreement cannot settle statutory claims that have not arisen yet.

Employers and employees can settle statutory claims, such as claims for unfair dismissal and discrimination, by entering into a settlement agreement complying with the necessary statutory requirements. These include that the agreement must relate to “the particular complaint” and that the employee must have received independent legal advice on the terms and effect of the settlement agreement.

Mr Bathgate entered into a settlement agreement with his employer after it terminated his employment by reason of redundancy. At the time of his dismissal (in January 2017) he was 61. The settlement agreement provided for him to be paid an enhanced redundancy payment, notice pay and an Additional Payment which was to be calculated by reference to the terms of a collective agreement between the employer and union. However, the collective agreement stated that the Additional Payment only applied to those who had not reached the age of 61.

In March 2017, over a month after Mr Bathgate had signed the settlement agreement, his employer decided that it did not need to pay the Additional Payment to those who were 61 or over at the time of dismissal. It told Mr Bathgate of this in June 2017.

Mr Bathgate argued that the decision not to pay the Additional Payment was discriminatory on grounds of age and he brought an Employment Tribunal claim. The Employment Tribunal agreed with his employer that the claim was precluded by the terms of the settlement agreement. This provided that the terms were in full and final settlement of the employee’s particular complaints and claims which he “intimates and asserts” against the employer, including direct and indirect age discrimination claims under the Equality Act 2010. The agreement also contained a general waiver of claims, whether past, present or future, which Mr Bathgate had or may have arising out of or in any way connected with his employment or its termination.

Mr Bathgate appealed to the Employment Appeal Tribunal (“EAT”), arguing that for a settlement agreement to be valid to settle a claim under the Equality Act, it must relate to “the particular complaint”. This, he argued, meant it could not settle a claim that had not yet arisen. It could not therefore settle his age discrimination claim which arose some time after he had signed the settlement agreement.

The EAT agreed with him. A previous Court of Appeal decision (University of East London v Hinton) indicates that for a settlement agreement to relate to “the particular complaint”, it must identify the particular or potential claims it settles, either by a generic description (such as unfair dismissal), or by reference to the section of the statute giving rise to the claim. However, that case did not deal with a hypothetical claim that might or might not arise in the future. The facts and circumstances giving rise to the claim had already occurred and the employee had mentioned the claim to his employer (but the claim had not been specifically referred to in the settlement agreement). The EAT considered that the decision in Hinton had to be read in that light and meant that the words “the particular complaint” did not include a complaint that may or may not occur at some point in the future. The reference to a “potential claim” was simply to one that is known to the parties but which has not been brought before an Employment Tribunal. It did not mean a future claim.

The EAT accepted that its interpretation may be inconvenient where both parties wish to avoid future claims, but Parliament did not consider that a settlement of the sort seen in this case was desirable and it had legislated to prevent it.

What does this mean for employers?

There has always been a degree of uncertainty over whether it is possible to settle claims that have not arisen yet. Case law has suggested this may be possible if the terms of the agreement are absolutely plain and unequivocal but most agreements considered by the courts and tribunals have failed to get over that hurdle. However, the EAT reviewed that case law and concluded that the cases had only considered whether it was possible to settle future claims from a contractual perspective. They had not considered and therefore they had no bearing on the statutory requirement that the settlement agreement must relate to “the particular complaint” if it is to settle a statutory claim.

The EAT’s decision in this case indicates that employers cannot use a settlement agreement to settle statutory employment claims that have not yet arisen. Employers who are concerned about such claims and wish to settle them should consider the situation carefully and seek legal advice. However, it is not possible to settle future personal injury claims as this is prohibited by the Unfair Contract Terms Act 1977.

This article was first posted on 26 October 2022 by Dan Begbie-Clench, Partner & Head of Canary Wharf Office, Peter De Maria, Senior Partner, and Katie Mahoney, Legal Director from our UK member firm Doyle Clayton. Read more on how they can assist you here or contact them directly for any questions. 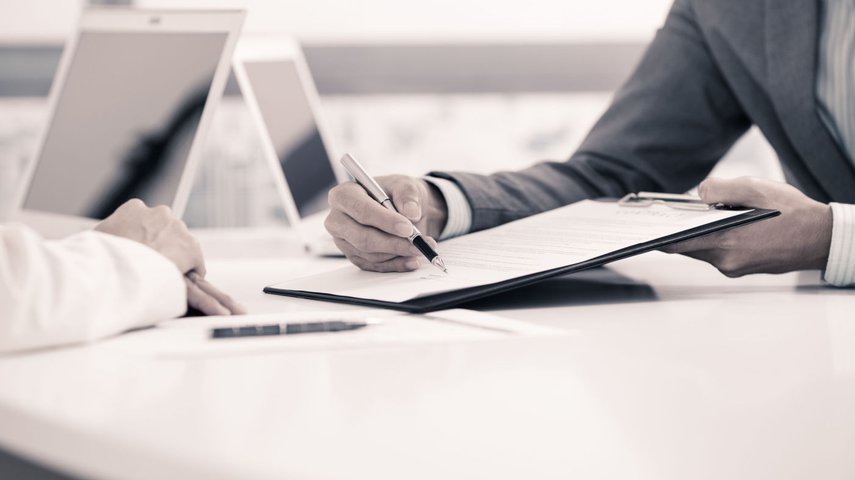